As little of you know, my youngest brother play this “speed stack”; where you simply stack cups and reassemble them back to the way it was as fast as possible. After 9 months of non-stop training (sibeh annoying and noisy) and watching international stackers on Youtube with their super speed hands wtf my bro decided to enter this year’s stacking competition.

I’m proud to say that he got 2nd place!! My family and I were at My Small World from 9AM to 4.30PM fyi and we were just dazing the whole time whilst waiting for my bro’s turn

The morning session was the preliminary round, then he got into the finals, hence, going in again in the afternoon. It was very tiring lo. But I guess it was worth it 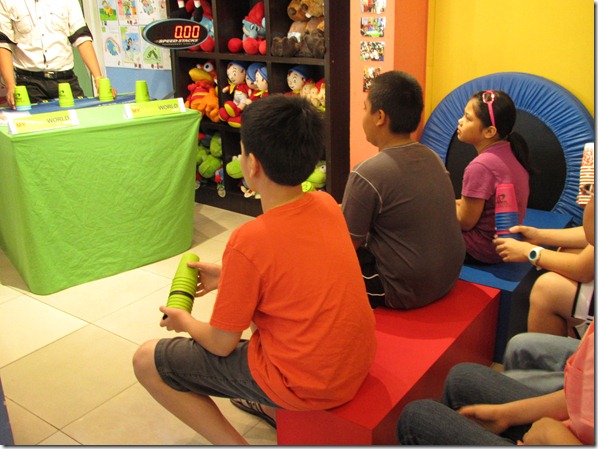 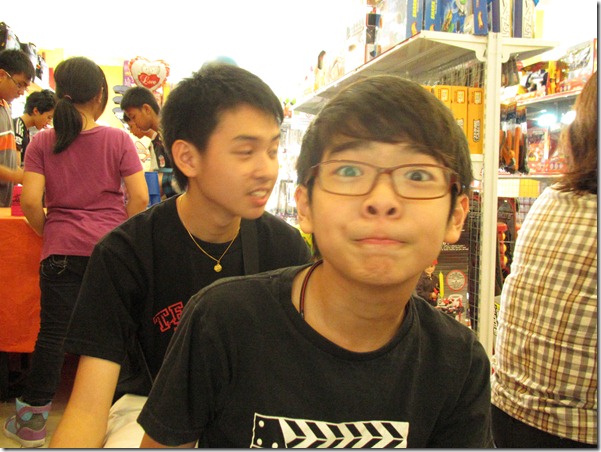 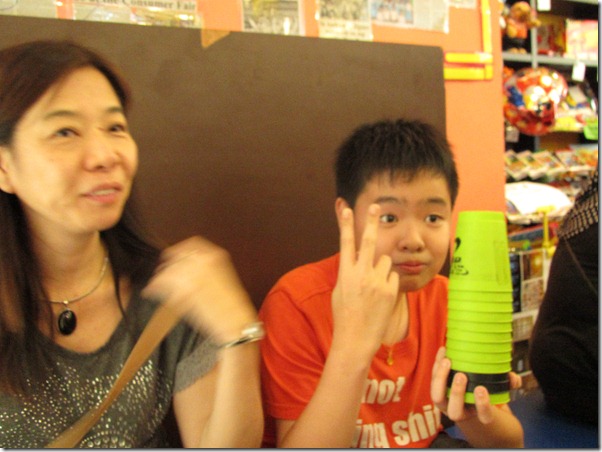 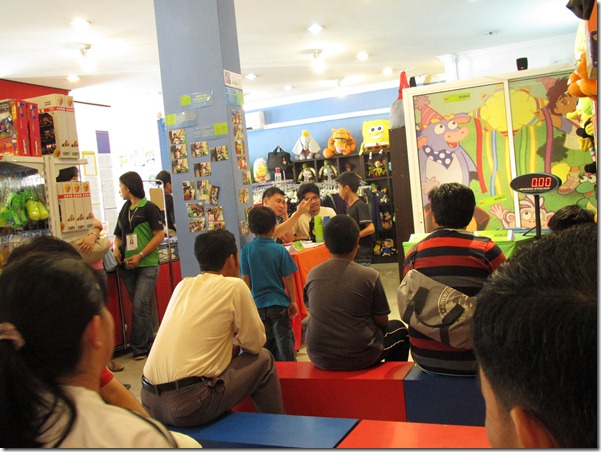 If you realized, the guy at the table looks like he’s pointing a middle finger to the kid HAHAHAHA but he’s not. 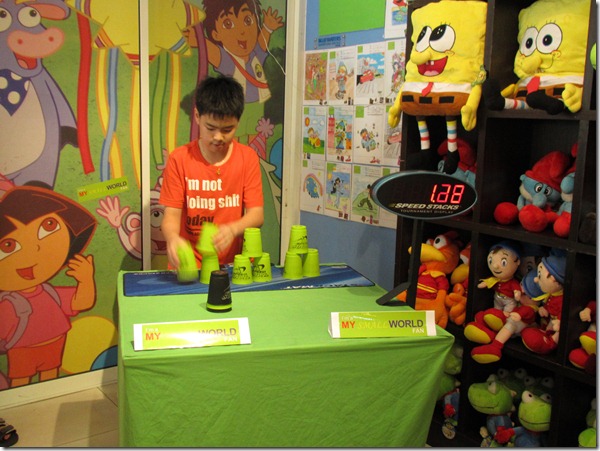 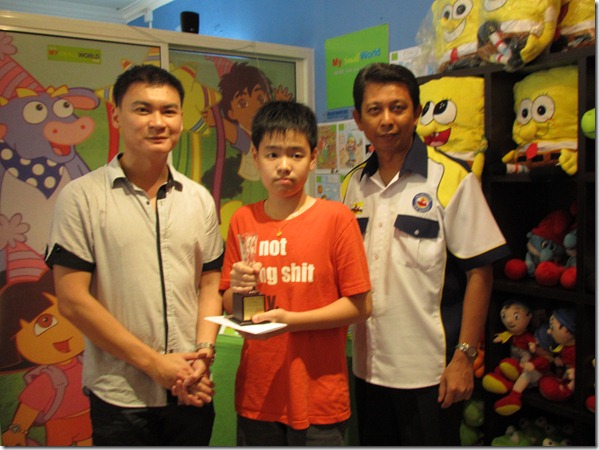 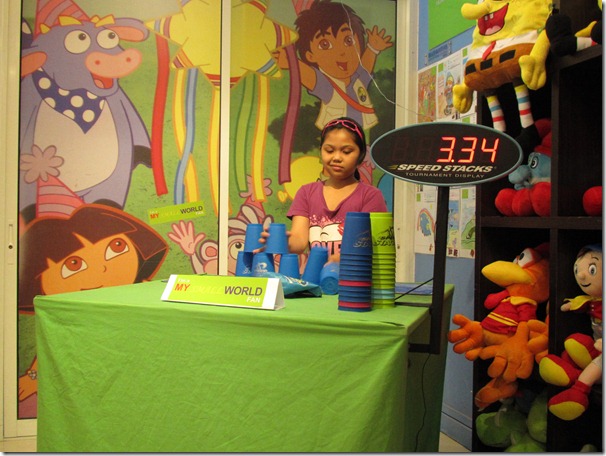 This little girl got 1st place and she only started stacking 4 months ago!! 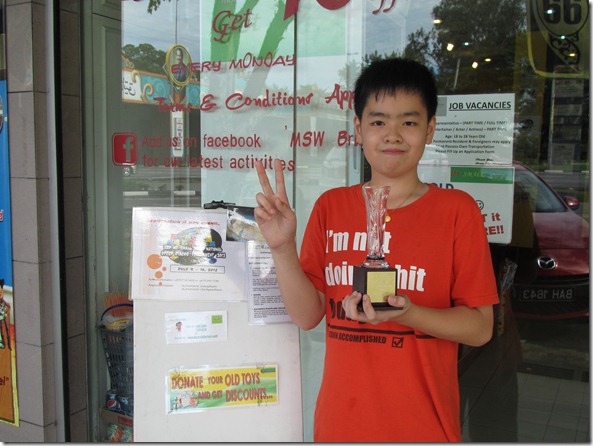 His first trophy, ever. Happy boy. 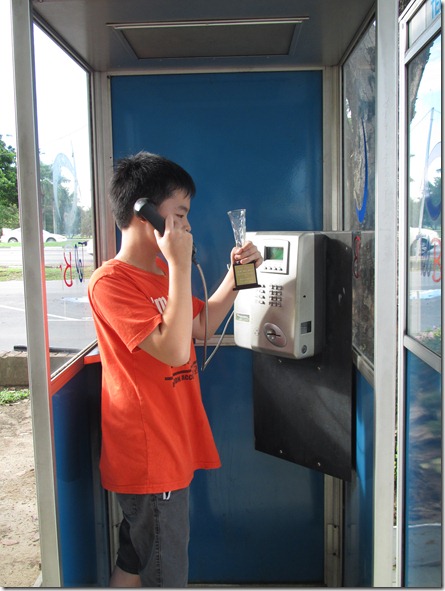 None of us wanted to lend him our cell to call his girlfriend because he wanted to tell her the good news so he used a payphone instead *plays music out of no where* -I’M AT A PAAAAAAAYPHONE TRYING TO CALL HOME, ALL OF MY CHANGE I SPENT ON YOU- haha kidding, he’s just posing. All of the above before the music are complete false information. 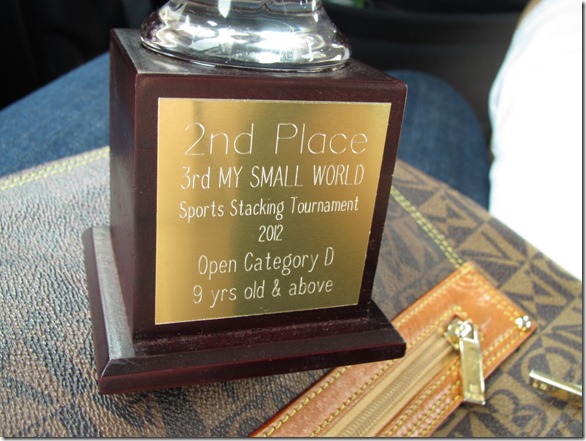